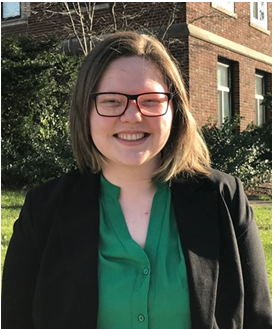 “Identification of complex motor abnormalities in a mouse model of dystonia”

Dystonias are a heterogenous group of often disabling movement disorders characterized by uncontrollable muscle contractions resulting in the simultaneous contraction of agonist and antagonist muscles. Secondary dystonias are often caused by injuries to the central nervous system such as stroke, trauma, or Parkinson Disease. Primary dystonia, on the other hand, presents idiopathically without clear structural lesions or other neurological symptoms. Symptoms may be present in one body region, as in focal dystonia, or include large regions of the body, as in generalized dystonia. Existing therapies for dystonia are limited and often cause undesirable side effects or require surgery.

A significant barrier to improving therapies for dystonia is a lack of understanding the pathophysiologic mechanisms leading to dystonia. Both genetic and extragenetic factors are believed to contribute, as evidenced by endophenotypes in both symptomatic and non-symptomatic carriers of dystonia-causing genes. These endophenotypes include loss of intracortical inhibition, maladaptive plasticity, and abnormal sensorimotor integration. However, most mouse behavioral assay are implemented independently of cortex. It is therefore important to identify dystonia mouse models in which motor cortex-dependent behaviors are altered in ways relevant to human disease.

I implemented several behavioral paradigms with the goal of characterizing cortically-dependent behaviors in the recently developed Dlx-CKO mouse model of dystonia. I found that Dlx-CKO mice develop abnormal movements during a manual skilled reaching task and that these abnormal movements respond to antimuscarinics, which are used to treat human dystonia.

This work establishes cortically-dependent motor abnormalities in a genetic mouse model of dystonia. These results support the use of a wider variety of behavioral assays to characterize dystonia models. The motor abnormalities identified in this work may facilitate determination of the interplay between genetic and extragenetic factors in the development of dystonia, and allow identification of physiologic changes that lead directly to impaired motor function.