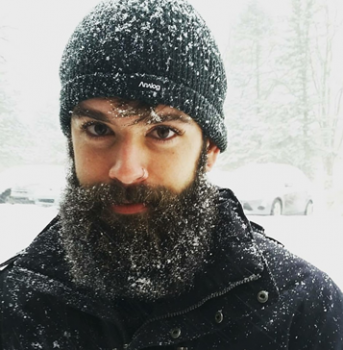 “Relationship Between Cortical Acetylcholine, Neurophysiologic Complexity, and the Level of Consciousness”

Contemporary theories have argued that the level of consciousness can be approximated by measures that assess the complexity (diversity) of brain activity or the strength of connectivity between anterior and posterior cortices. In support of this, studies have demonstrated suppressed brain signal complexity and frontoparietal connectivity during pharmacological (anesthetic-induced), pathological (i.e. coma-induced), and physiological (sleep-induced) states of unconsciousness. However, comparatively little focus has been placed on understanding the neurobiological mechanisms relating to these computational measures of consciousness, leaving their relationship to underlying neurochemical processes unknown. Levels of acetylcholine in the cortex have been shown to relate to the capacity for consciousness. However, a relationship between cortical acetylcholine and cortical dynamics such as neurophysiologic complexity has not been investigated.  Therefore, my thesis work sought to empirically address this question, with a central hypothesis that neurophysiologic complexity correlates with cortical cholinergic tone.

In our first set of studies, we investigated electroencephalographic (EEG) dynamics in rats – including complexity and frontoparietal connectivity – following cholinergic or noradrenergic stimulation of prefrontal and parietal cortices during sevoflurane anesthesia. Our principal findings demonstrated that EEG complexity is dissociable from the level of consciousness as assessed by behavior, tracking instead with 1) spectral features of the EEG signal such as EEG activation and 2) broad changes in levels of cortical acetylcholine following pharmacologic stimulation. These findings motivated our next two chapters of study. To characterize the relationship between complexity and spectral properties of the EEG signal, we then assessed complexity over 3 distinct bandwidths (0.5-175 Hz, 0.5-55 Hz, and 65-175 Hz) during ketamine and propofol anesthesia in rats. Our results confirmed state-dependent and frequency-dependent effects of ketamine and propofol on EEG complexity. In our final set of studies, we utilized a novel experimental approach in rats that enabled us to combine multi-site cortical microdialysis and high-density EEG, permitting exploration of the relationship between cortical acetylcholine levels, EEG complexity (0.5-175 Hz), and frontoparietal connectivity (25-55 Hz, 85-125 Hz, 125-175 Hz). Leveraging subanesthetic doses of ketamine and nitrous oxide, we show concomitant changes in cortical acetylcholine levels, EEG complexity, and frontoparietal connectivity in high gamma bandwidths (125-175 Hz) during periods with cortical dynamics resembling psychedelic and sedative states.

Taken together, our results demonstrate a relationship between cortical cholinergic neurotransmission and neurophysiologic complexity, bridging neurochemical events with changes in dynamic signatures purported to relate to the capacity for consciousness.