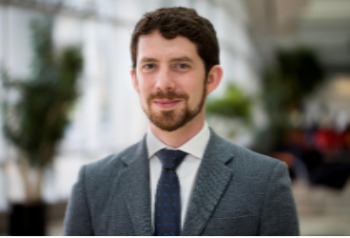 ABSTRACT: ErbB4 is a receptor tyrosine kinase (RTK) of the epidermal growth factor receptor (EGFR) family that regulates numerous biological processes from development to physiological function and degeneration. ErbB4 is important in many aspects of neurodevelopment including astrogenesis, neural migration, neuronal synapse, dendrite formation and cortical development. It is also necessary for normal cardiac, mammary gland, immune cell, and pulmonary development.  Furthermore, ErbB4 plays important roles in brain function and synaptic transmission in many brain regions such as the hippocampus, amygdala, nucleus accumbens and substantia nigra, as well as in dopaminergic, serotonergic, glutamatergic and GABAergic neurotransmission.  NRG1-ERbB4 signaling is strongly associated to the development of schizophrenia in humans and deletion of ErbB4 in development or in adulthood results in behavioral deficits that are representative of “schizophrenia-like behavior” indicating that ErbB4 plays important roles in both development and physiology to mediate normal brain function.

Alternative splicing of the extracellular juxtamembrane domain can generate two different ErbB4 isoforms: ErbB4-JMb, which is uncleavable, and ErbB4-JMa, which includes a cleavage site. The inclusion of a cleavage site in the juxtamembrane domain of Erbb4-JMa gives this specific isoform the capacity to signal via a non-canonical mechanism that ErbB4-JMb is not able to. Cleavage of ErbB4-JMa releases an intracellular domain known as E4ICD, which has been shown to be responsible for specific functions of ErbB4 that ErbB4-JMb cannot regulate due its inability to be cleaved and form an ICD. Non-canonical signaling by ErbB4-JMa has been implicated in the regulation of cortical, cardiac, mammary gland, pulmonary and immune cell development.

The central aim of this dissertation is to create a novel mutant mouse in which non-canonical signaling by ErbB4-JMa is abolished and utilize this mouse model to phenotypically assess the roles of ErbB4 in the intact organism for the first time. CRISPR/Cas9 gene editing of ErbB4-JMa was used to create an isoform-specific knock out mouse called the ErbB4-JMa-/- mouse in which ErbB4-JMa, and hence non-canonical E4ICD signaling is eliminated, but ErbB4-JMb canonical signaling is intact.