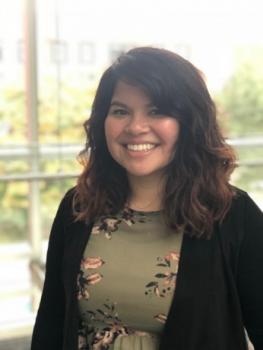 “UBQLN2 Function and Dysfunction in the Central Nervous System and Synucleinopathies”

ABSTRACT: Protein accumulation and aggregation are hallmarks of many neurodegenerative disorders. The protein alpha-synuclein (a-syn) accumulates in Parkinson’s disease and several other age-related diseases, collectively referred to as the synucleinopathies. When phosphorylated at serine 129 (pS129), a-syn aggregates and ultimately forms Lewy bodies in neurons.  A better understanding of how a-syn is regulated both normally and in disease would provide insight into the development and progression of Parkinson’s disease pathology. The protein quality control factor, Ubiquilin-2 (UBQLN2) has been implicated in multiple neurodegenerative diseases and when mutated directly causes amyotrophic lateral sclerosis/frontotemporal dementia (ALS/FTD). UBQLN2 has been linked to Parkinson’s disease and other synucleinopathies. However, it is not known whether UBQLN2 directly regulates a-syn. Through this dissertation, I aim to: (1) define a role for UBQLN2 in regulating a-syn, both normally and in disease, and (2) elucidate the mechanism by which UBQLN2 acts.

UBQLN2 is linked to synucleinopathies through its presence in Lewy bodies. However, it is unknown whether UBQLN2 is simply sequestered in these inclusions or whether its presence in Lewy bodies reflects a function of the protein in handling a-syn. I use cellular and mouse models to show that UBQLN2 regulates a-syn levels, particularly pS129, and UBQLN2 knock-out leads to total and pS129 a-syn accumulation. Pharmacological inhibition of the proteasome revealed that UBQLN2 targets pS129 for proteasomal degradation. Moreover, in brain tissue from PD and transgenic mice expressing pathogenic a-syn (A53T), endogenous UBQLN2 becomes more insoluble. Collectively, these studies support a previously unknown role for UBQLN2 in directly regulating pathological forms of a-syn and indicate that UBQLN2 dysregulation in disease may contribute to a-syn mediated toxicity.

I will also describe the unexpected finding that in UBQLN2 transgenic mice, UBQLN2 overexpression leads to severe retinal degeneration in a dose-dependent manner. Immunofluorescence of retinas from UBQLN2 transgenic mice overexpressing WT or a pathogenic form of UBQLN2 (P506T) show punctate UBQLN2 expression in the outer retina, whereas endogenous UBQLN2 expression is diffuse and largely contained to the inner retina. I used optical coherence tomography to show that retinal degeneration in mice begins early and is rapid; with high UBQLN2 expression, degeneration began as early as four weeks of age. In P506T mice, retinas began thinning after six months of age. Disruption of proteostasis has been linked to multiple retinopathies, and our studies suggest that dysregulation of the protein quality control factor UBQLN2 is deleterious to retinal health. UBQLN2 knock-out did not robustly affect retinal thickness but may negatively impact retinal health at one year of age, suggesting that UBQLN2 is not necessary for proteostasis in the retina. UBQLN2 dysregulation in WT overexpressing and P506T retinas may lead to dysfunctional protein degradation, perhaps through sequestration of key protein quality control factors. These studies introduce the retina as a robust model for studies investigating UBQLN2 function and dysfunction and may have implications for retinal health in neurodegeneration.

Ongoing and future studies will seek to define the mechanism by which UBQLN2 regulates pathogenic, phosphorylated forms of a-syn (e.g. pS129). This dissertation reveals a novel role for UBQLN2 as a regulator of pathogenic a-syn in disease and establishes the retina as a novel model for future studies of UBQLN2 function and dysfunction in protein quality control pathways.