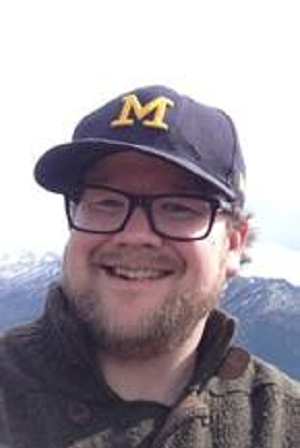 Current project: A prominent neurochemical marker of arousal state is the level of acetylcholine (ACh) release within the brain. The highest level of Ach tone is seen during REM sleep and during periods of high vigilance. During NREM sleep ACh level is at its lowest. While awake, but in a resting state, ACh release is at a moderate level. Here we show that dynamic changes in ACh levels that are associated with arousal state control informational processing functions of networks though its effects on the degree of spike-frequency adaptation (SFA; an activity dependent decrease in excitability) displayed by single cells. Using a simple biophysical model of a cortical network which includes a slow potassium M-current we show that decreases of cholinergic tone (which increases SFA) shifts the network activity from a stable high frequency pattern to a traveling wave of activity like that of SWS. The high ACh stable activity pattern can be localized to regions of the network with enhanced recurrent excitatory synapses (spatial attractors) and are highly sensitive to even slight increases in synaptic strength. The transition from stable to traveling dynamics occurs in conjunction with a decrease in sensitivity to spatial attractors. Additionally, we show that in networks with multiple encoded attractors that the changing the level of ACh allows for selective localization of network activity into spatial attractors based on the strength of encoding synapses. During periods of high ACh levels weakly encoded attractors can be stably activated, but as ACh decreases activity moves to stronger attractors as weaker regions become unstable. Eventually, as ACh is reduced further, the increased amount SFA destabilizes all encoded attractor within a network. Furthermore, we demonstrate that the competition between SFA and excitatory input strength provides a mechanism for neural networks to control the representation of underlying synaptic information. Importantly,  we show that modulation of a single cellular property can regulate the informational processing state of a network and propose that ACh levels control whether a network is in one of three functional states: (High ACh; REM or high vigilance) optimized for encoding of new information or the stable representation of relevant memories, (Mid ACh; resting state) optimized for encoding connections between currently stored memories or searching the catalog of store memories, and (Low ACh; NREM) optimized for renormalization of synaptic strength. This work provides a mechanistic insight into the role of dynamic changes in ACh levels for the encoding, consolidation, and maintenance of memories within the brain.