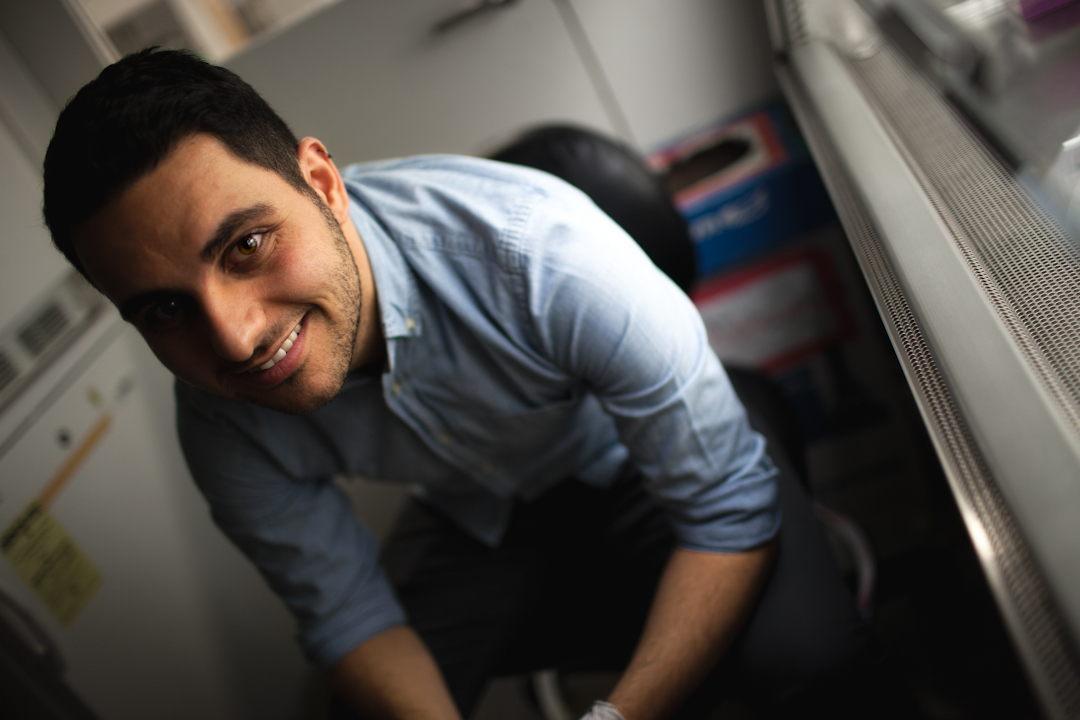 Rafi Kohen is a Turkish delight, an infectious concoction of talent and personality. From tackling problems of synaptic plasticity during the day, to unleashing his tango at night, he’s a man you could enjoy tea and laughs with for days on end.

It’s impossible not to feel a special type of tenacity when spending time with Rafi. He has a magnetic presence and a social gravity that are rooted in the genuineness of his character. This interview really began in early 2015, when Rafi shared with me his favorite rooftop brunch spot, Mangerie, in Istanbul, the city in which he was born and raised. Enjoying a cold drink in the mild weather, we shot the breeze and appreciated the view of The Bosphorus Bridge—the central connecting point of Asia and Europe—from where we sat. All I asked of Rafi was, “Take me back to the beginning...”

“I was raised by my mom and dad as an only child,” Rafi told me. “Most of my relatives had migrated to Israel because the changes in the Turkish government and population at large were making it hard on vastly dwindling Jewish families.” As he described it, his parents saw something special in him, and so they invested in private schooling, which he excelled at, awarding him with scholarships all the way through his primary education. As humble and unassuming as he can be, Rafi’s early years were those of a warrior, and more than most people, he had to fight every step of the way to becoming valedictorian.

The concept of leaving Turkey for a higher education was a long shot for Rafi, and those around him actively communicated their disapproval of the idea. It was not the norm, it was far too expensive and risky for someone in his position, and of course, it meant mastering English and scoring high on entrance exams that are challenging even for native speakers. “I made my mind up, though, and I put all my eggs into one basket—this was what I wanted,” Rafi said. So he applied to twelve universities in the States, under the condition that financial aid cover his full tuition and boarding.

He faced eleven rejections at the end and one—only one—acceptance, at Brandeis University, an institution whose founding was, in fact, Jewish-sponsored. Although Rafi was excited about it, he lightheartedly reflected on the news: “I was ecstatic at first, but later on it dawned on me that it wasn’t an Ivy,” referring to the fact that most of the schools he applied to were highly exclusive and top-tier. “The school name was important to me—to my family and those around me,” he explained. “You tell people you’re going away for school, but then they show some disappointment when they don’t hear that it’s Harvard or Yale.”

I asked Rafi, with some reserve, “Is that just a foreigner’s complex?” Just as the naïve American’s imagination of France is only of the Louvre and the Eiffel Tower, was Rafi’s attitude of a small school being less well-grounded rooted in the same sort of misconception? “Yes, I think that’s true, but I worked so hard and thought I deserved the very best!” There was certainly an air in Rafi’s words, as we both knew that Brandeis had been an incredible opportunity, and that without it, there would be no Michigan, and no mojitos on the lovely terrace we now shared [end scene].

“One day while working at a microbiology lab, I experienced a sudden hearing loss in my left ear,” Rafi related. As it turned out, Rafi had an idiopathic, yet un-diagnosable, form of sensorineural hearing loss at the age of 19. He explained, “They told me it was a condition associated with loss of connection between inner hair cells and the auditory nerve,” which immediately piqued Rafi’s interest in the biological systems underlying hearing itself. Although biology had been an interest of his throughout high school, it was now hyper-pertinent and a means to curing his own condition. 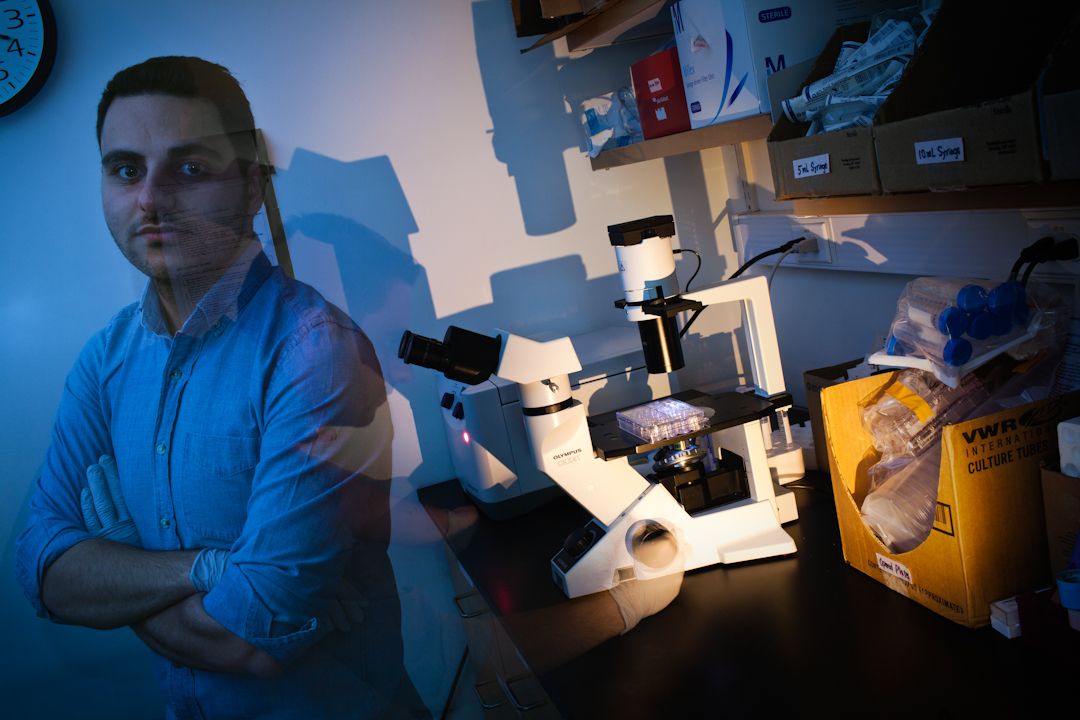 During his childhood, neurological disease was not a topic of discussion unless it had an apparent motor dysfunction such as Parkinson’s disease or epilepsy. He was honest in telling me, “Older generations just called these afflicted people crazy; they just didn’t know that it was schizophrenia, dementia, or bipolar disorder, or how the brain was involved,” and so he had no reason to be interested in the brain until now.

Driven to solve his own case, Rafi undertook research with Professor Karen Avraham, one of Tel Aviv University’s premier hearing researchers. During this time, Rafi not only nurtured his newfound passion for the brain, but also began seeking graduate programs that would support his interests in the auditory system. “I was drawn to the University of Michigan because of the Kresge Hearing Research Institute,” he said. 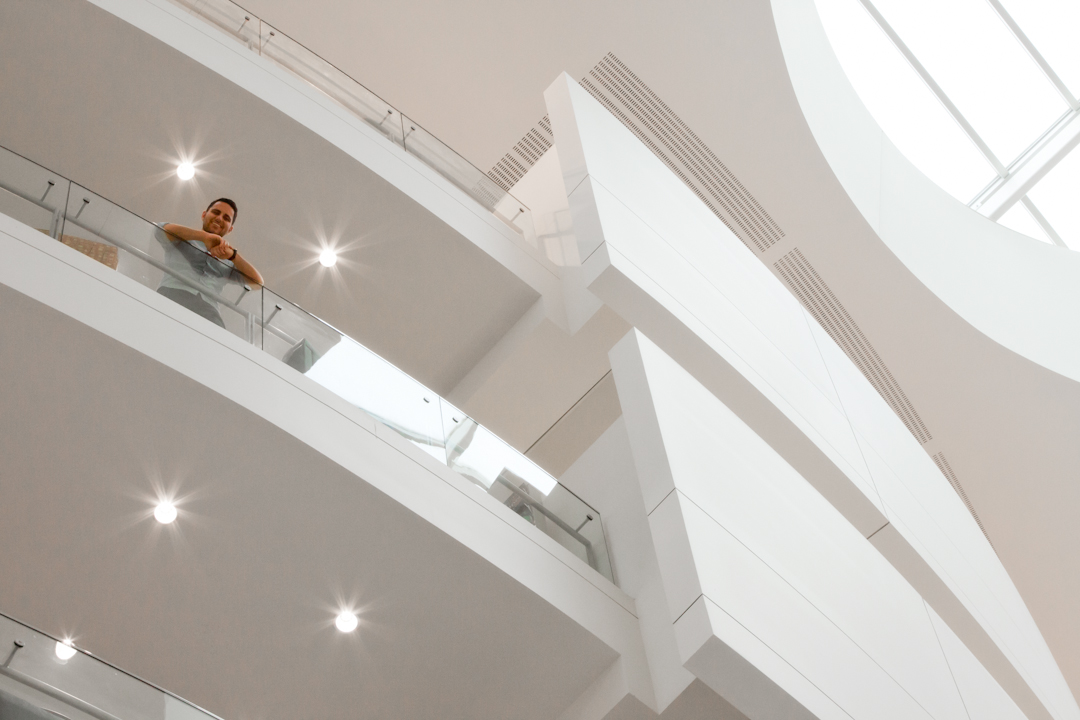 Quite obviously, Rafi was accepted to the Neuroscience Graduate Program at Michigan. His first research rotation was with Yehoash Raphael of the Kresge Hearing Research Institute, with whom Avraham lab had previously collaborated and exchanged visits. Rafi was running into dead ends, though, at least as far as figuring out what had caused his now full 70% hearing loss, and the bouts of ringing (called tinnitus) in his left ear. “The field just wasn’t making sufficient progress in investigating the mechanisms,” he told me, and with a sigh, he added, “so I had to let that go.”

New inspiration came to Rafi during a course on neural development taught by Roman Giger, a professor in the department of Cell and Developmental Biology. Impressed by his command of the subject and ongoing projects, Rafi quickly developed a rapport with Giger and began investigating spinal cord injury. When the spinal cord is severed, the fibers, called axons, are damaged, and Rafi said the lab is addressing the fundamental question, “Why is this specific to the central nervous system of higher adult mammals and what can we do to regenerate these axons?”

Right now, Rafi is using cortical and hippocampal primary neurons and looking at the effect of how myelin-associated inhibitor proteins contribute to synaptic plasticity and axonal growth. “We look at these proteins during a developmentally critical period,” said Rafi. As he elaborated, the idea became clear that there is something informative about those periods of early life when our spinal cord is forming, finding its path to correct targets, and creating highly specific connections that can perhaps be applied to spinal cord therapies.

Matt: What really bothers you but is largely inconsequential?

Rafi: Not finding one specific answer, I asked my friends about this; they said I can’t stand pretty much anything. [laughs] But honestly, I think it would be blatant insincerity.

Matt: ... Do you think that’s because you have a heightened appreciation for relationships, perhaps emotions?

Rafi: ...Yes. That comes from growing up in Turkey. In the heart of our culture lie interpersonal relationships and hospitality; yet we can also be very blunt. It’s largely cultural. Don’t ask me, “What’s up?” if you aren’t going to stand there and listen to my answer!

Matt: What character would you most want to be from a movie or TV series?

Rafi: Joey from FRIENDS, even though he irritates me because he is so stupid. I wish I could have a quieter mind like him. He leads a happier life by seeing things only in black and white—he’s naïve, and doesn’t question things. And he has the best, most colorful friend, Phoebe.

Matt: If you had the choice, what city would you wake up in tomorrow?

Rafi: ... Proper, because I’m a big city boy at heart. I like the rain, the Gothic architecture, and the gloominess. I also like the subtle, dry humor—I don’t like being asked if I’m being sarcastic all the time; I think they just get that I am there.

Rafi: Well, I don’t like the tranquility during summer and winter breaks. But I like it when everyone comes back. I like that rush of new faces, excitement in the air of a new semester, the constant turnover. I will miss that college-town feel. I like that it’s so colorful and young.

Although Rafi speaks with fierce intellect about his scientific work, it’s clear that his creative energy is equally present outside of the lab. “I have taken hip-hop, contemporary dance, and salsa classes,” he said, adding, “I’m now halfway through an eight-week tango class given by the Michigan Argentine Tango Club (MATC).”

He is constantly challenging himself in the kitchen, too, taking on “delicate” Turkish dishes that require a masterful touch in order to recreate them in their authentic form, which is in sharp contrast to how many Middle Eastern restaurants claim but fail to do so. 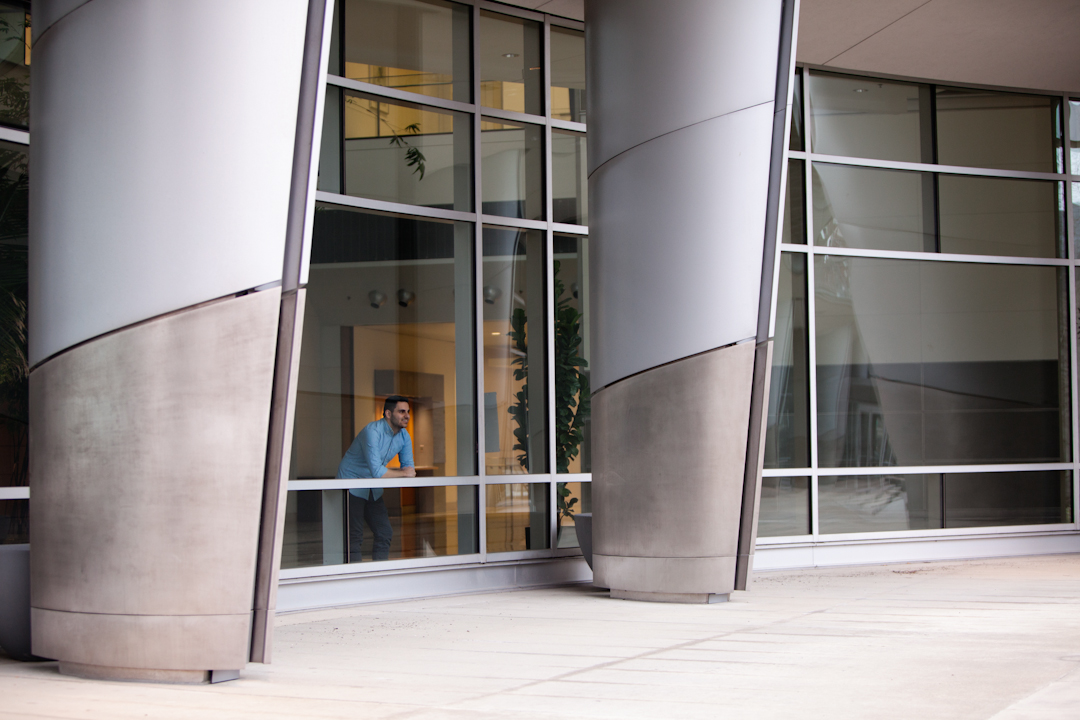 In many ways, it’s this bigger picture of life that calls for Rafi’s attention. He sees himself eventually working with non-scientists as a liaison to the field. Separating himself from the bench-top at which he now works, he admitted, “I definitely want more human interaction, but more importantly to reduce the misrepresentation of scientific discoveries in social media platforms and widely circulated print magazines,” and then went on to stress his desire to inform investors or stakeholders about key scientific issues.

The life of Rafi Kohen is already a chronicle, but considering that he’s only twenty-three, it’s clear that there is so much more to come. His international experiences and delightful nature make him a worldly confidant, easy to talk to and tell jokes with. Our interview ends in Ann Arbor, far from the Turkish bridges where it first began. Rafi Kohen’s story is one of hard work and vibrancy, of passion and persistence, by which we can all be inspired.