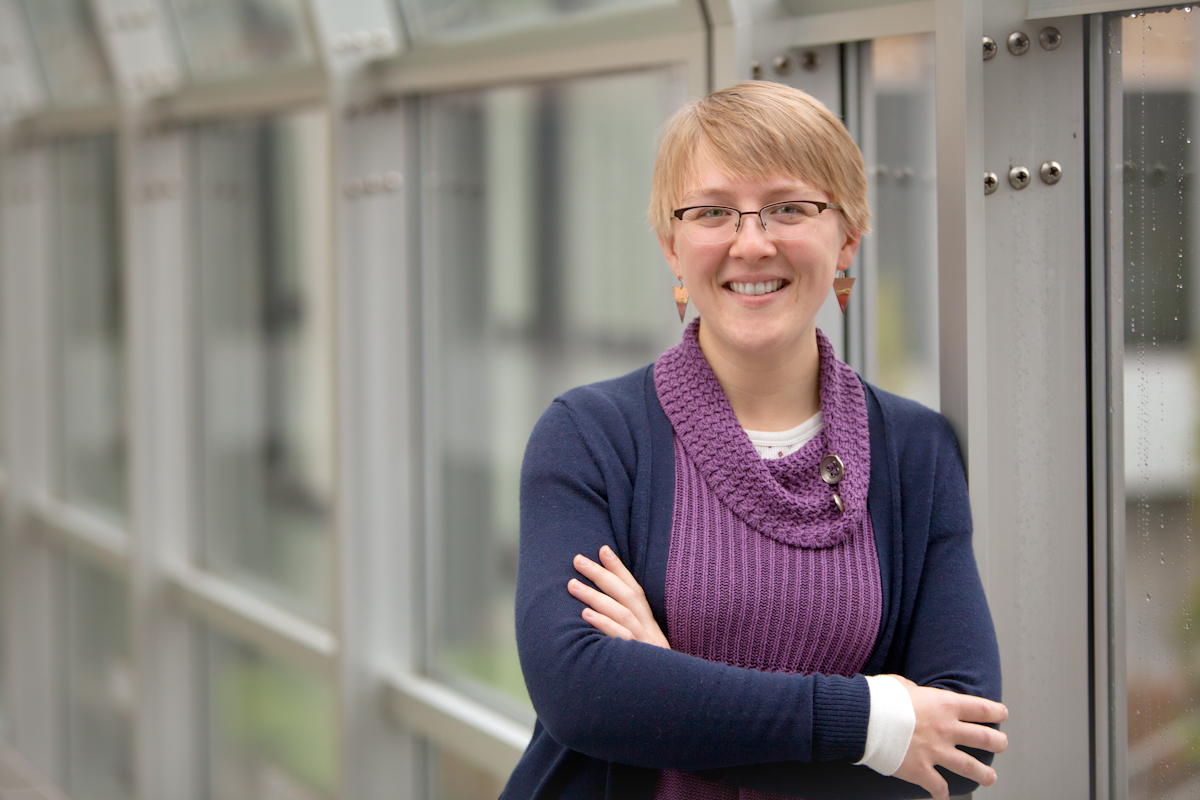 She is a tea-drinking, guitar-playing runner who believes that education is a right, not a privilege. She studies from a three-inch heap of notecards, daydreams about time travel, and, in high school, thought she would eventually become a quantum physicist. Ladies and gentlemen, Christina May is a huge force in a petite package, and she is impossible to forget!

Although she gave up on the the idea of smashing atoms a long time ago, May is pursuing other natural problems that are no less cosmic. “The brain!” she roared, when I asked her what she thought the biggest challenge for humanity would be in the next twenty years. It was an unsurprising answer that I should have expected from a neuroscience graduate student. What made the answer special, however, is how she followed it up: “How meta—the brain discovering itself!” This is the Christina May I have gotten to know over the past four months, always marrying deep analytics and intellect, with a Sagan-esque appreciation for the bigger questions.

May has published original work on drug addiction, and is currently investigating the role of consciousness in the operating room, but what really piques her interest is evolutionary neuroscience. As she explained, this is a relatively narrow field right now, but has incredible potential, seeking to answer questions such as, What did the first neurons look like? and What are the simplest organisms that use synapses for communication? It seems that her scientific instinct to break down a problem has led May to some of the most fundamental questions one might ask, and, when I jokingly suggested the possibility of her going into space to search for extraterrestrial protoneurons, she cocked her head sideways and gave a confident, “Sure, why not?”

This winter, on a research rotation, May will transition from Cynthia Chestek’s lab in Biomedical Engineering, to Margaret Gnegy’s lab in the pharmacology department. There, she will be investigating how drugs influence synapse behavior and elicit reinforcement. 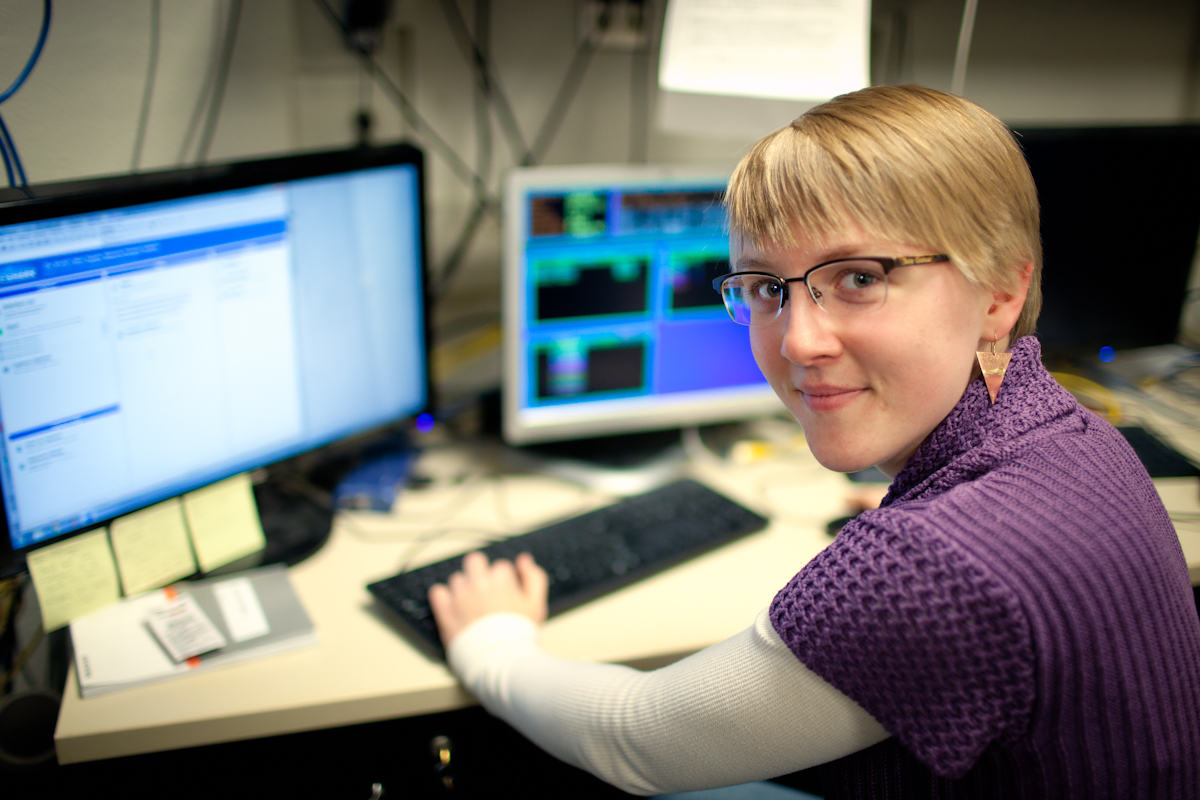 Meet Christina May, a first-year student in the Neuroscience Graduate Program, bringing with her an undergraduate degree in neuroscience from the University of Texas at Dallas, as well as two years of research experience at The Medical University of South Carolina. A literal whirlwind of ambitious energy, she grew up in Charleston, South Carolina, with her younger sister and her parents, who are both research biologists.

Christina: Our brains! Our brains! Our awesome, awesome cortex. Our flaw is our cynicism—that we have to deal with things because, “That’s just the way it is.” We all have the ability to change.

Matt: You play guitar; what kind?

Christina: Acoustic, and I’m really good. Seriously! I have an electric guitar, but, I don’t really know how to play it. I need to find some jam partners.

Christina: Oh, I have a whole shelf of favorites. Good Omens by Neil Gaimen; it’s about the apocalypse; it's really funny. Enders Game by Orson Scott Card, another fun one. The Once and Future King by Terence Hanbury White, not quite so fun, but full of morals, most of which I agree with. Want more?

Matt: What would you tell your high school self if you could go back?

So, where is May headed? Well, one thing’s for sure: she is utterly passionate about teaching. For starters, she has joined FEMMES, a group on campus that encourages young girls to explore their potential in science, technology, math, and engineering disciplines. As a life-long Girl Scout, being thrown into a leadership position like this is nothing new for May.

At the end of our interview, while we were on the topic of careers, May remarked, “I could teach high school in Detroit for the rest of my life,” and, with a humble smile, noted that she would be, “perfectly happy” doing so. This drove home two key points that set Christina May apart from the crowd. First of all, she strongly believes that everyone, no matter what the circumstance, should be given the opportunity to learn. “I want to make everyone a scientist!” she triumphantly declared, with a hearty laugh. Secondly, she is willing to take her education and accolades into desperate and disparate places in order to level the playing field.

May is quick to understand the balancing act that she will face in the future, between her inner humanitarian and her inner scientist, both of which aim to serve the greater good, but sometimes in different ways. “A 50/50 split,” May told me, “between research and teaching.” That’s her humble goal, and I think we are all excited to see how it plays out!